Written by Ally-Marie Diamond
“Blonde, 6ft, Blue eyes, Slim Build, Athletic, Pretty, do you have one of those, he asked?”
He was well dressed in his black tailored suit. His crisp white shirt sat against his chest with a couple of the top buttons undone. His shoes were black leather and finely polished with his matching black socks. You could just make out his cuff links under his jacket, gold, expensive. He looked like he must have just finished work, taken his tie off and decided he needed some stress release (as they called it) before he went home. He would have been in his mid 40’s, businessman.
He was well groomed, not a hair out of place, clean shaven and smelled like he had just walked out of a cologne shop.  I often wondered why these men felt they needed to come here especially the good-looking married ones. Yes, this one was married, he wore his wedding band.“Sorry our manager replied. We don’t have any of this type on tonight. However, all our girls will give you a good time.”
He looked disappointed and enquired. “Money is not an issue; I will pay whatever is required to have what I want.” I am not interested in coloured girls. She must be white, and blonde. I can lower my standards on height and even beauty, but I will not negotiate on skin colour or hair colour, and long legs would also be preferred, you know the ones you could just climb and climb and climb until you reach heaven.” They both chuckled sickly evil chuckles. “Not a problem let me see what I can do. I will ring around some of the other parlours and see what they have available for you. the manager replied.”
This was normal for white businessmen. They mostly always wanted the “playboy bunny lookalike” Pornography, magazines, media played a huge part in what men felt they were entitled to or in their words what would get them horny, turned on and off.
I remember a john telling me that his wife was a starfish, never spontaneous and hated to experiment. How else was he to feed his hunger, wants, desires. His wife had told him “Go see a hooker I will even pay for it for you, but don’t think your doing that crap with me. If you want it that badly go down the road.” 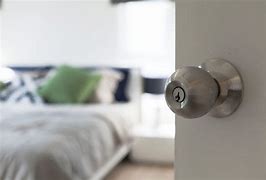 Doesn’t surprise me. I had always imagined I would save my virginity for the “right one”, but as a young girl that choice was quickly shattered and taken. All these years later and a healthy sex life seems to be extinct in my mind. Attitudes of Johns thinking sex is their right, that they cannot live or function without it. Even my dv relationships, the ones who cheated their reason was always. “You didn’t give me enough attention, you let yourself go, you give all your time to the baby and there’s nothing left for me, you won’t have sex with me you say you’re tired all the time, you got fat, just look at you. What do you expect I am going to do. Of course, I am going to go somewhere else. The only difference between him and the John was one paid and the other took. Actually, to be honest there is no difference.

So many of these men would come in as we lined up. Some of the girls hoping they would be chosen as their rent was due, some girls dreading they would be chosen as they had just finished with their 5th one and the last one was rough really really rough. Some girls terrified because every single man was an unknown as we walked down that hallway with him.

Survivors need to be heard. Listen to their stories.

Do you have a story of survival that needs to be shared?