When I started writing my book about the first two years I spent in the sex industry, it was for very personal reasons—to try and understand what had happened to me. It was late in the writing process when I realized the book was no longer only about me. The idea that my experience might benefit others who had been through similar experiences then became one main reason I wanted to see my book out in the world. The other was more directly political: to show what I had experienced about the harmful and dehumanizing nature of the sex industry, an industry that the media often prefers to glamorize, and other groups prefer to see as (at best) no big deal.

I was in the sex industry for ten years including brothel, escort, massage parlours and outcall massage, with the majority of my time spent in those last two. My experience was mostly in Canada, where I was living at the time.

Unlike most women in this industry, I came from a middle-class family, but, for various reasons I was not able to take good advantage of that fact. My earliest memories are of me gorging on food in an attempt to escape my reality. This soon developed into a severe eating disorder with its devastating cycles of bingeing and purging. My self-esteem was extremely low, and although I got through my university degree, unemployability followed. Despite the degree, I knew I was as stupid and worthless as I had been told I was. A sentence I also heard a lot as a child and teen: “What you feel doesn’t matter.” Now that is really a “good” background for getting into this industry.

I was immature for my age, lost and drifting, and I did a “geographical” as many addicts call it—I moved to a different place in an attempt to get away from myself. I had a year’s working visa, and a determination never to return to Australia, as I considered it somehow responsible for my unhappiness and dysfunction. This will seem irrational to many, but perhaps it will make some sense to anyone who has ever struggled with any type of addiction.

When I first arrived in Canada I got a minimum wage job at a photo shop, but on impulse one day I walked off this job, literally—I went to lunch and did not come back. I had no money in reserve, and rent was looming. Why I did this was one of those mysteries—as an addict I was well used to watching myself do things that made no sense. All I could ever do was try to repair the damage afterwards.

I needed another job and quickly.  That’s when I saw the ads, the ones that said, “no experience necessary.”  I’d heard at university that so-called “sex work” was “real work” and “a job like any other.” Many even said it could be “subversive” and “empowering”! And so, I walked into my first massage parlour. Massage parlours in Toronto back then were mostly not, to use the industry term, “full service” establishments. A shy and quiet person then as I am today, I doubted I could do these nude massages with their so-called “happy endings,” but I also knew I was going to do anything I could to avoid the other available options: going back to Australia or being homeless in Canada.

I stayed in the massage parlour that day, and I learnt that I could do it. It turned out that, for reasons I could not examine at the time, I was already an expert at dissociation. I just took my mind off somewhere else. When I saw the money, I could make there (even with inconsistent attendance and walking off the job; reliability was not expected in the parlours)—I decided I would use this industry not only to pay my rent, but to get ahead in life. It is a thought many of us have. My dream was a film production course that I assumed would give me a career in a field I loved.

In the second half of 1998 I moved from Toronto to Vancouver to take that course. I thought I’d support myself by working in massage parlours there, the same as I had in Toronto. I got a shock when I found out massage parlours didn’t exist in Vancouver in the same way.

Instead, the in-house sex industry in Vancouver was dominated by legal brothels and so that was how I wound up in a brothel, which is to say my first experience with this so-called “full service.” As with the parlours, I doubted I could do it, but I went for my first shift anyway, because I wasn’t going to throw away my film school dream—or the money that had already been paid for it. I remember that first time only in a foggy sense. My body was there, but, as in the parlours, my thoughts floated away, somewhere else.

That line from childhood drifted into my mind: “What you feel doesn’t matter.” I thought I could detach from the whole experience and remain unaffected by it.

This seems incredible to me now, but it’s what I believed then. Now I see the industry relies on women and girls who have learnt to devalue themselves in similar ways—who have learnt to regard abuse as normal.

Later, at a different brothel in Vancouver, I was raped. Although I didn’t call it that at the time. I went to the hospital and got tested for STDs, saying (as I document in my book) that I’d had “unsafe sex.” Aside from that aspect of it, I asked myself what was the real difference between that john and the rest of them? I didn’t want to have sex with any of them, yet I had to if I wanted to pay rent. Additionally, the majority of johns demanded I appear as though I was enjoying it. Acting this role was sometimes necessary to prevent the john from complaining to management (which could result in a loss of pay; this was particularly true where it was legal)—or becoming angry or violent. It was also necessary if you wanted to get regular customers, and regular customers were necessary if you wanted to take home any money when business was slow. For me, having to act in this way was an incredibly difficult psychological burden (on top of the physical one)—and it required a lot of alcohol.

I felt as though I’d crossed some line beyond which there was no going back. I felt the damage had already been done to me, and it couldn’t be fixed, so it didn’t matter what I did anymore. I split apart from my body as though I no longer cared at all what happened to it.

I didn’t graduate from film school, which devastated me. After a raft of complicated and chaotic events (my life was a permanent chaos; one traumatic episode after another)—I made my way back to Toronto where I was in escort for six months or so, then I went back to the parlours. Then, for the last few years I was in massage outcall. I tried again, and failed again, to get and keep a real job. By then I had a severe drinking problem that had partially (but not fully) replaced my eating disorder. I had a habit of getting drunk and being unable to get to work. This inconsistency was not a problem in the sex industry, as I could always get another shift, or find another place to work within a day. I knew on a deep level that the sex industry was the only way I’d ever be able to make enough money to support myself. I also got involved in a relationship with a violent man who reinforced all the negative ideas I had about myself.

There isn’t room here to fully describe to you the broken shell of a person I was by the time I finally managed to leave the sex industry in 2008. So I just want to summarize that I exited with no money to my name (just credit card debt), a ton of unacknowledged PTSD, alcoholism, and an addiction to sedatives (benzodiazepines), which I combined with alcohol in a futile attempt to try and block out the pain. I was suicidal. I got involved with another violent man, hoping he would do the job for me and end my life. He very nearly did.

It is against the odds that I am still alive, let alone writing this today.

But since I am here, I am able to tell you about the reality of this industry and its effects on women and girls.

In 2009 I started the slow road to recovery. It took me the until the beginning of 2015 to stop drinking. With the help of a fellowships of other recovering alcoholics, I have clawed back some sort of a life. I am getting a second chance to do things I could not to do earlier, and I am now—at the age of 50—a PhD student.

Body Shell Girl is a verse memoir about the first two years of a decade that Rose Hunter spent in the sex industry in Canada.

When Rose walked into a massage parlour in Toronto in 1997, she was looking for a temporary fix—to pay rent and avoid having to go back to Australia. Naively believing she could do what was required and leave the industry on her own terms, she was shattered by what unfolded.

This is her story. It is also a searing portrayal of this dehumanising industry.

The book is available through the Spinifex Press website: 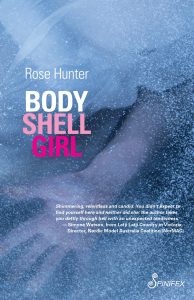 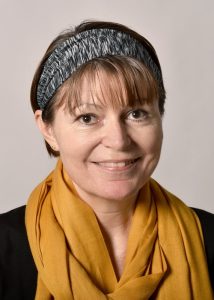 Praise for the book:

Trauma can destroy narrative, or it can create a firestorm—in Body Shell Girl Rose Hunter has ploughed her memory and her “radioactive” journals to take us not just inside the debilitating machinations of her time in the sex industry but right inside the experience itself. A highly visceral reading experience that left me body-shocked and reeling. In Body Shell Girl Hunter annihilates misogynist fantasy word by word, page by page.

—Sally Breen, author of The Casuals and Atomic City

Body Shell Girl is incredible. It is a captivating and honest account of a woman’s experiences, thoughts, and feelings in the sex trade. Communicated with authenticity, you feel as if Rose is an old friend by the end of the book: she gives a voice to sisters who are too often unheard.

Shimmering, relentless and candid. You didn’t expect to find yourself here and neither did she; the author takes you deftly through hell with an unexpected tenderness.

Survivors need to be heard. Listen to their stories.

Do you have a story of survival that needs to be shared?